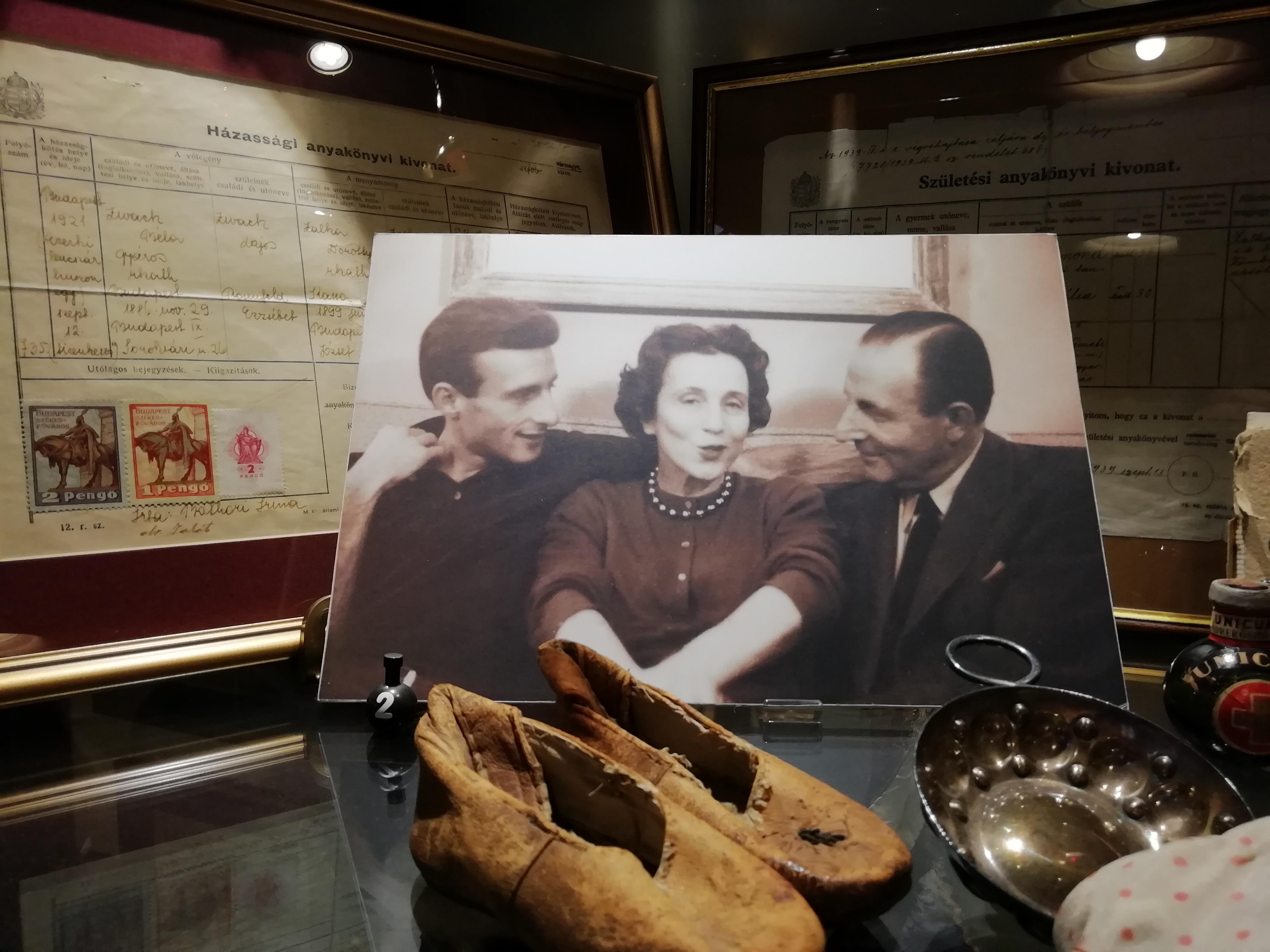 The family photograph marked 1 on the top shelf shows Lajos Zwack’s five children: János Lili, Mici, Margit and Béla  in the back row behind their cousins. The photographs marked 2 on the middle shelf show Péter Zwack and his parents, Janos and Vera, his father’s portrait and a photograph of the young Peter where for the first and last time in his life he held a shotgun in his hand. He was so distraught when he wounded a hare during a shoot that he never fired a shot again! Number 3 marks the pictures on the lower shelf, featuring Béla Zwack and his wife, Dóra Zalka, Aunt Dodó, who dedicated her life to the day to day running of the distillery.
Number 4 marks the photograph of one of Peter Zwack’s aunts, Mária Zwack (Mici). As a very young girl she was sent to a sanatorium in Austria where the famous Hungarian poet, Endre Ady, was also following a cure. He fell in love with Mici and their lyrical romance became a cycle of poems in which the poet called his muse Mylitta after the Assyrian goddess of love. The costume was her Diszmagyar or Hungarian national dress which she bequeathed to Peter’s wife, Anne, as you can see in the photograph in the corner.Personal documents are scattered all over  the show case: a certificate of marriage, Dóra Zalka’s certificate of birth, a driver’s licence, Peter Zwack’s first passport and some personal items, including the shoes of the infant Bela Zwack and his silver sommelier tasting cup.