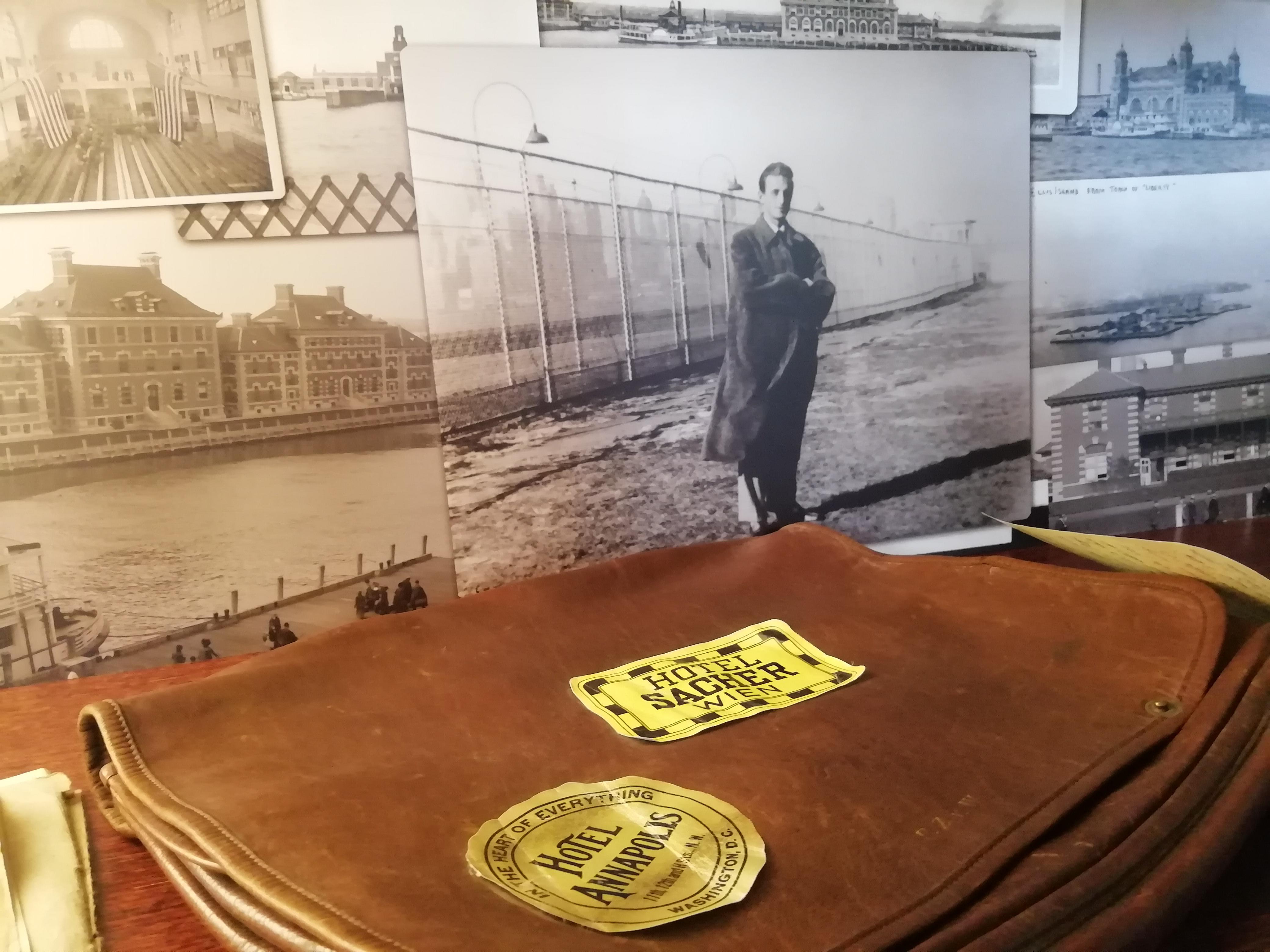 In this and in all the showcases along this wall, the right side shows the life of the Zwack family after the advent of Communism while the development of the nationalized distillery is featured on the left.  After the Zwack distillery  was nationalized  without compensation,  Janos and Peter were forced to flee the country. Janos bribed a Russian truck and was smuggled over the border to Vienna hidden under an upturned barrel with the Unicum recipe hidden in his breast pocket (see lower shelf).    Previously, Peter Zwack’s father had put his son on a train to the Yugoslav border and the young man then made his way on foot, walking by night and sleeping by day, to the port of Trieste. He remained in Italy and found a job in Rome cleaning out barrels in a factory by day and participating in the Dolce Vita by night until such time as his father was able to join him. The two of them then sailed for New York, only to be interned as stateless refugees on Ellis Island. You can see Peter standing against the fence with the skyline of New York in the background on the lower shelf. They eventually settled in New York and Vera joined them.

Meanwhile, Bela and Dora stayed behind and he became an employee of the state-run distillery, in the hope that the political climate was only temporary, fobbing his employers off with a fake, incomplete recipe for Unicum. He and his wife lived in a beautiful house in the Fortuna utca (see the background photographs on the top shelf) until in 1951 they were deported to the village of Paszto as class enemies to be re-educated as agricultural workers. See middle shelf. They were eventually allowed to emigrate in 1955.

The left side of the case shows how the ruined distillery became after restoration and a few of the brands it produced. On the lower shelf you can see the documentation regarding the unification of all the spirits and liqueur manufacturers under one centralized umbrella. It is also stated that in the process none of the workers would lose their jobs. (Under Socialism there was no unemployment but three people often ended up doing the job of one.)

You can listen to one of the typical songs of the Communist Movement by pressing the green button on the left hand side of the show case.