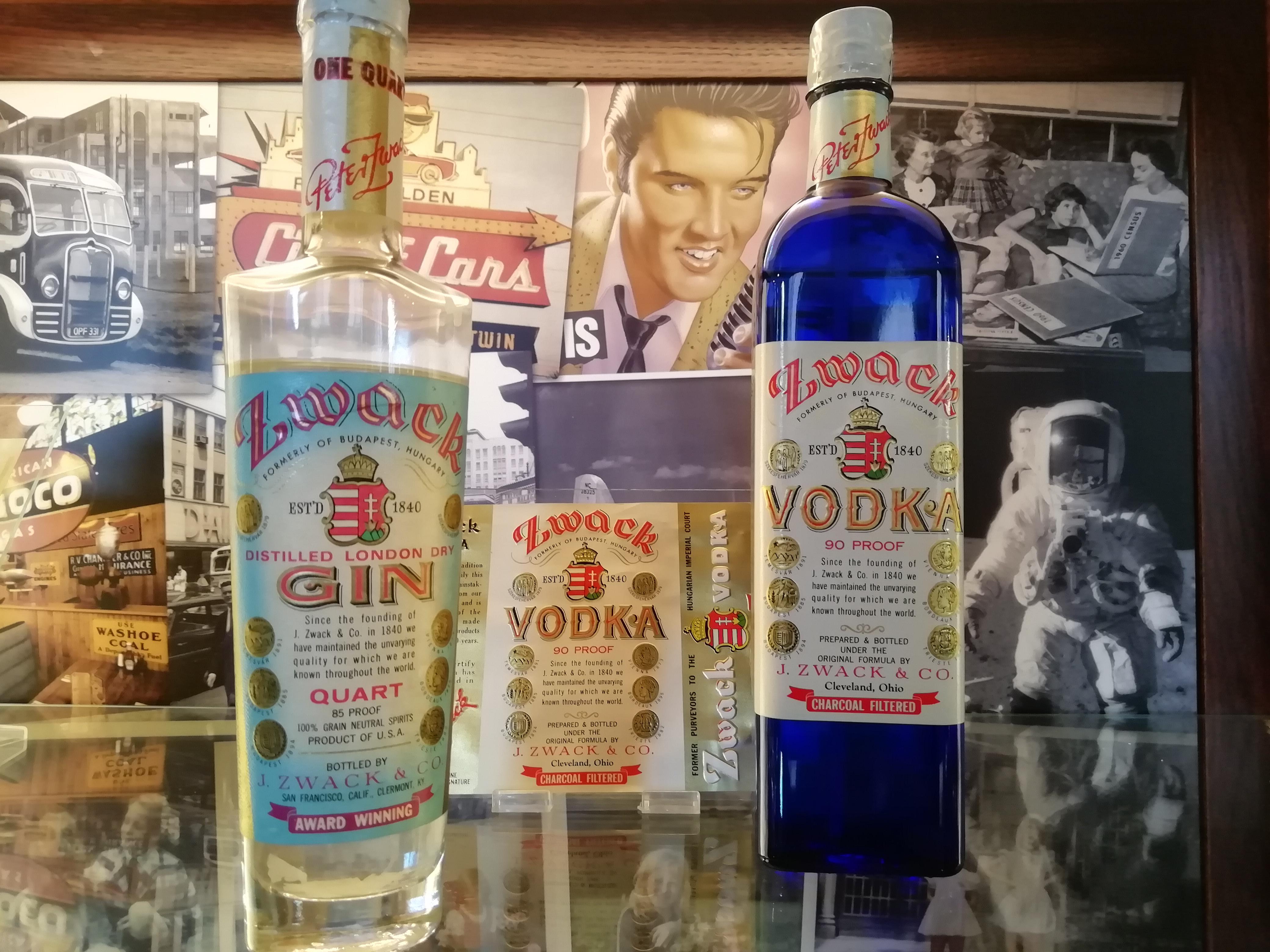 The right hand-side of the show case celebrates an important milestone in Péter Zwack’s life. In 1953 he married Iris Rogers and had five children: Peter Junior, Gioia, Alexa, Iris and Jancsi. As shown in the many photographs from those days, theirs was a happy family life, first in Chicago and then New York, with their dog Pajtas.
Peter was determined to keep the Zwack name alive in the United States and to that end he entered into a contract with the firm of Jim Beam to produce and distribute Gin, Vodka and Slivovitz under the Zwack name. In those days the concept of fine wines was in its infancy and together with Alexis Lichine, the famous wine connoisseur, Peter helped to launch estate bottled wines in the United States. He travelled all over Europe to choose the vintages to be marketed by his company on the other side of the Atlantic. See photographs of wine estates in France and Germany on the lower shelf.

The left side of the show case illustrates the change in the structure of the spirits industry in Hungary which in 1961 was incorporated into MALIV, the Hungarian Liquor Industry, of which the Unicum Distillery became a part. With its quality production and brands, the Unicum distillery continued to represent high standards within the industry and was entrusted with manufacturing quality drinks and exporting MALIV products to western countries. In 1968 the Unicum distillery was the first plant behind the Iron Curtain to enter into a contract with the Coca Cola Company and bottle that “symbol of capitalism”, Coca Cola. Next to the bottle on the middle shelf you can see a photograph of the directors of the Unicum Company at that time.