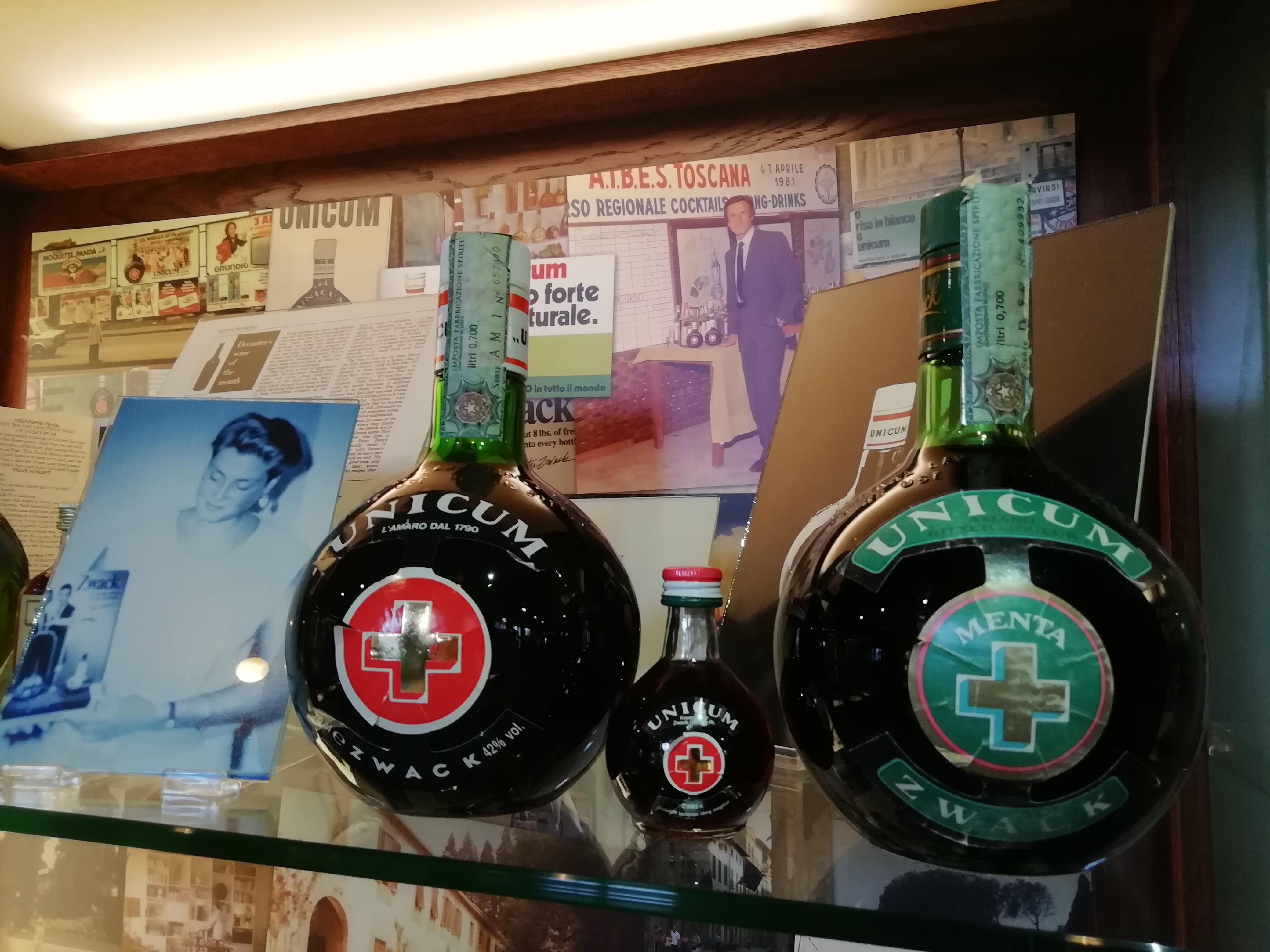 On the right side of show case 18 you can see photographs of Peter Zwack after his return to Europe in 1970.  He and his second wife, Anne Marshall, the English writer and journalist, moved to what they referred to as a “Renaissance stables” in Florence.   Peter is standing outside their front door. In the photograph of the swimming pool, the sitting figure is Aunt Mici, Endre Ady’s Mylitta, already in her nineties. Together Peter and Anne participated in production and public relations for Unicum, which in the meantime had become a very popular drink produced on licence in Italy, working closely with a major spirits company in Genoa who distributed the brand. There are black and white photographs of Peter and Anne mixing herbs in Milan, Anne already pregnant with Sandor. Peter also launched a line of Zwack liqueurs produced in Austria and was successful in exporting them, especially to the United States.

An interesting item in the case is the Unicum Menta, the Unicum with mint which in Italy was popular for a while as a summer alternative to Unicum, top left. The photograph in the foreground of the top shelf is of Alexa Zwack who worked together with her father for eight years marketing the liqueurs in America, while on the lower shelf you can see the Zwack Attack buttons with which Peter Junior launched Zwack brands in New York.

On the left hand side, it should be noted that this decade saw the beginning of the so-called ”Unicum fever”: despite the fact that the drink was still produced with the fake recipe, the production of Unicum tripled in ten years, primarily owing to its relatively low price but also because of the taste and packaging, although it was always kept in short supply. According to Socialist economics, the less available a product was, the more people would want to buy it

Please go to the large show case in the centre of the museum which is divided into four.