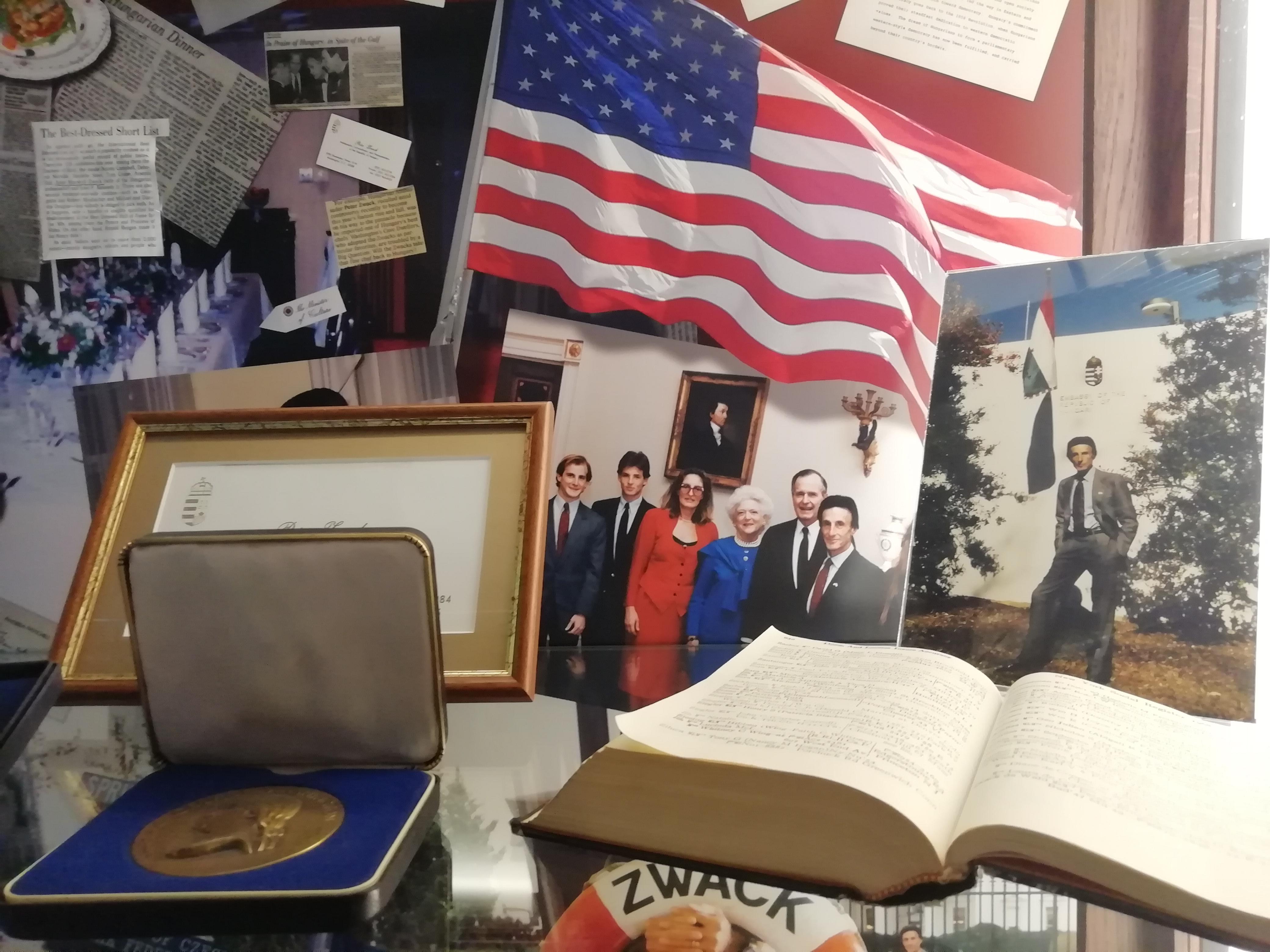 On your right are photographs celebrating the euphoria during the change of regime in 1989 when the Hungarians were the first to cut through the barbed wire and open up the Iron Curtain and thousands of East Germans drove over the border unchallenged in their Trabant cars. (see framed photographs attached externally to the left hand side of the showcase.)

Peter Zwack and his family had returned between 1987 and 1988: “I was one of the last to leave and today I am one of the first to return,” Peter is quoted as saying then. He and his partner, Emil Underberg of the German spirits dynasty formed  Peter Zwack und Consortern AG and  entered into a joint venture with the State-run distillery.  You can see the signing ceremony of July 10 1989  in the black and white photograph on the top shelf

in 1992 when Hungary initated privatization of the state companies Zwack Unicum Plc was founded when the partners were obliged to buy back the entire enterprise, including several distilleries,  from the State for quite a substantial sum although at that time Peter did receive a tiny sum in compensation for the loss of his family business under Communism as well as for their townhouse on the Castle Hill which later became the Turkish Embassy (see lower shelf)

In 1990, Peter was appointed the first democratic ambassador to the United States after 43 years and was obliged to renounce his American citizenship as you can see from the document on the lower shelf, while the photographs in the left hand side of the case show life in Washington and the embassy. The first thing the family did was to paint the embassy white, which they did personally, and Peter can be seen standing outside.  “Only a Free People Can Do Miracles” from a poem of Daniel Berzsenyi was put up on another white wall.   Then there are menus, newspaper articles, photographs of prominent figures such as Colin Powell and Peter’s old friend Tom Lantos as well as President Bush with whom Peter remained on excellent terms his whole life.

The other side of the show case facing the window shows what was left of Peter Zwack’s apartment on the Castle Hill when it was set on fire after his return from Washington. He narrowly excaped with his life and is wearing clothes lent by his next door neighbour. The other shelves are devoted to Peter Zwack’s political career. From 1994-1998, for the first time in parliamentary history in Hungary, he was elected as an independent member of parliament, although supported jointly by four political parties in one of the electoral districts of Kecskemet. During his mandate he spearheaded legislation curbing corruption and the black economy, while he campaigned actively for Hungary’s accession to Nato and the European Union.

On the right you can see photographs from Peter Zwack’s life from his infancy until his 80th birthday when a book was compiled for him by his wife and the artist, Hunor Peto. It is available in the Museum Shop.

The giant Unicum bottle next to show case 19 is the work of the Munkacsy Mihaly Award winning Hungarian sculptor, Tamas Asszonyi.