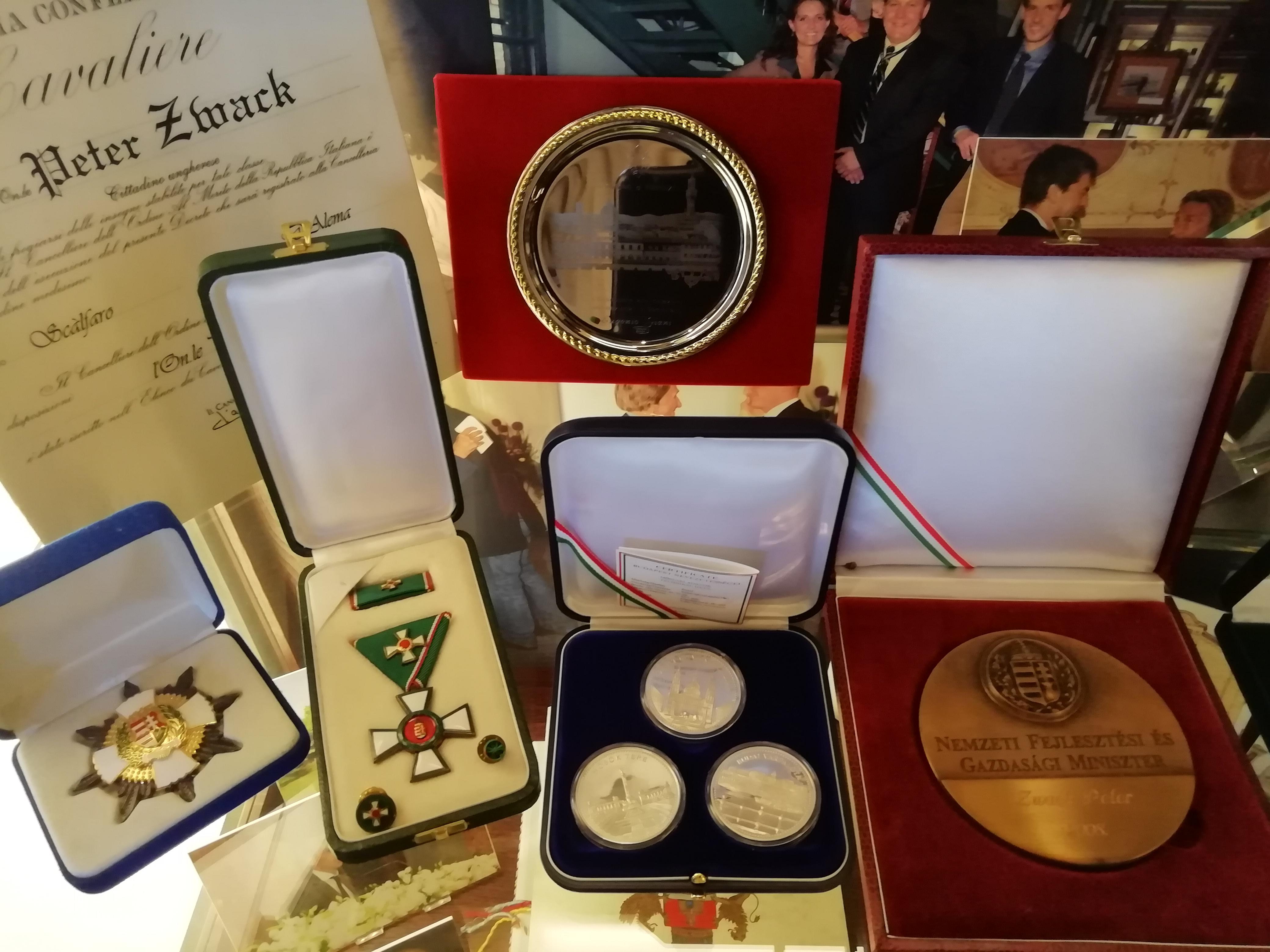 The Zwack Company always celebrates “round” birthdays in style. On Peter Zwack’s 80th birthday we staged fireworks on the Danube, while between the cases you can see a reproduction of the cake make for his last birthday, his 85th, with an engraving of the old Zwack factory on marzipan. Peter Zwack died in 2012 in Italy and received what amounted to a State funeral here in St. Stephen’s cathedral. The Archabbot of Pannonhalma officiated and Peter’s sons Peter and Sandor gave the eulogy, while Izabella spoke at the cemetery. The Budapest Festival orchestra and choir played at his funeral and his ashes were carried by hussars in a box made of slats from an Unicum barrel. He was laid to rest in the family crypt in the Fiumei ut cemetery, as you can see from the photographs on the lower shelf.

On the middle shelf you can see the many tributes and honours which Peter Zwack received during his lifetime, including the Lion of Florence when he became honorary citizen. He was also honorary citizen of Budapest and of Ferencvaros, the Ninth district of Budapest where the Zwack distillery is situated. in 2005 he received the Governor’s Cross of the Republic of Hungary (Civil) while the Italian government made him  Cavaliere della Repubblica Italiana.

On the top shelf you can see copies of Anne Marshall Zwack’s books and a photograph of Peter and Anne outside their ice cream and coffee shop, the Caffe della Posta, which Peter purchased in 2009 in Bolgheri, the Italian village where the family has its summer home. Also, a photograph of Anne Zwack in 2013 becoming a Hungarian citizen.