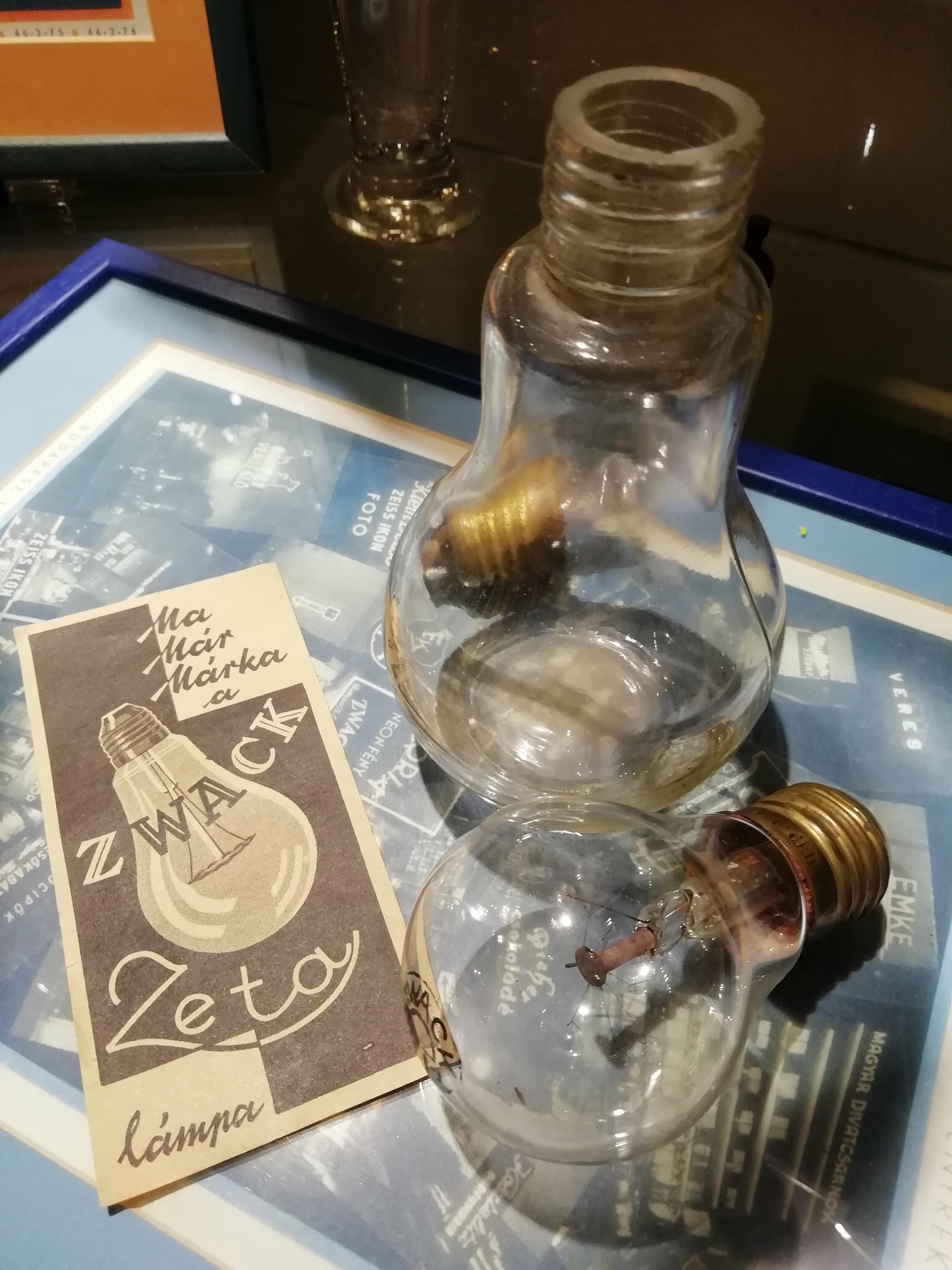 At the turn of the ’20’s and’30’s, the economic depression affected countries all over the world including Hungary and the Zwack Company. The market for luxury products  decreased substantially.  Prohibition in the United States of America drastically reduced the export market. To make up for the deficit and utilize production space,   the Company started manufacturing light bulbs and strip lighting marked 1, which appeared on the domestic market as well, with neon advertisements for Unicum lighting up  the streets and squares of Budapest. See the 1936 photograph, marked 2, of the Oktogon, a square in the centre of the city, also featured next to the entrance to the museum.

The ”reel of film” , Mark 3, records  the first advertising film in Hungary entitled ”The Lucky Sailor” shown in movie houses and directed by Gyula Macskassy, where the story behind  the Drowning Man poster comes to life.