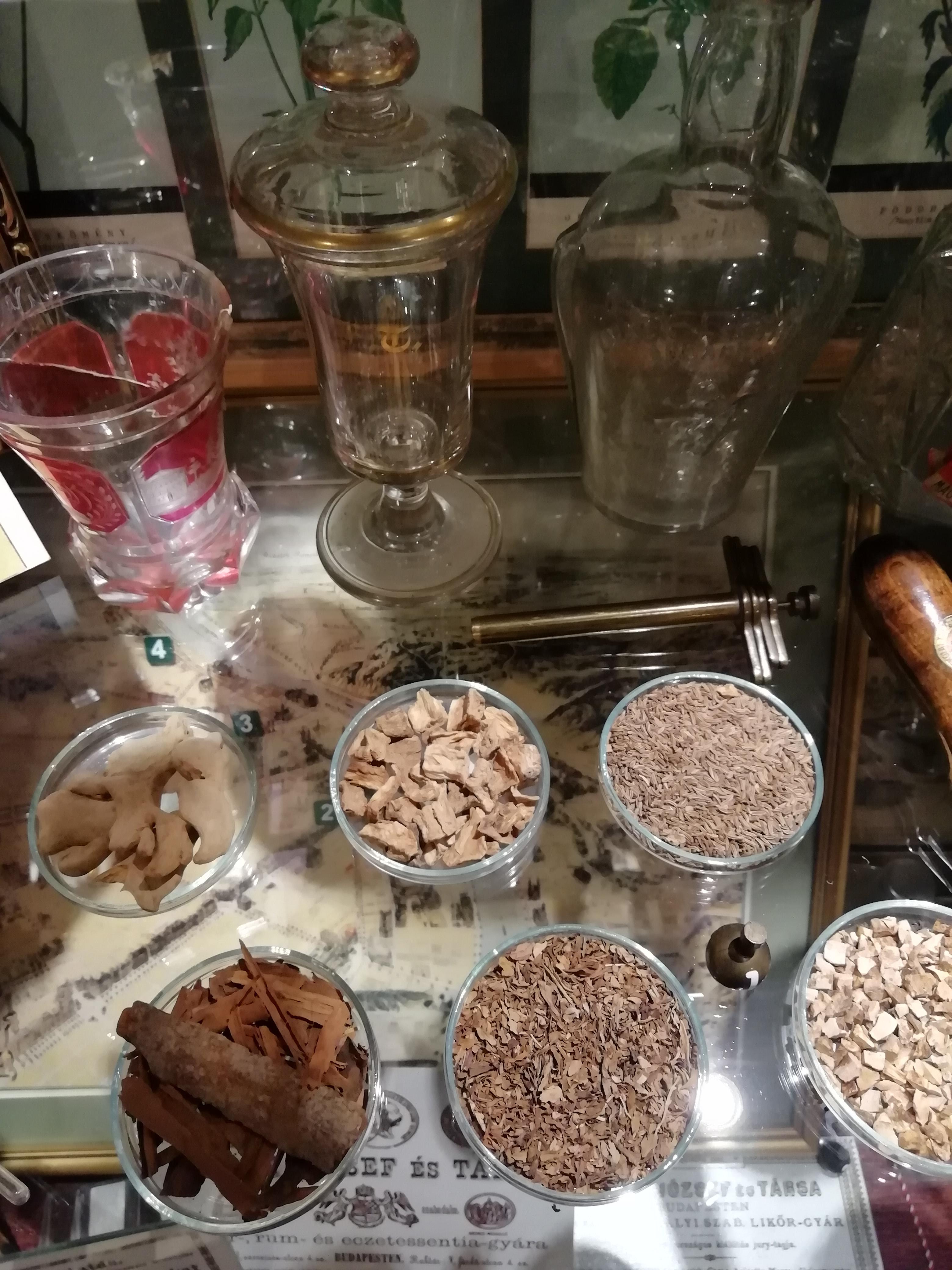 Mark 1 in the next show case includes a selection of chemical instruments of the time . Photo no 2 is a physician’s travelling case from the 18th century.

Other exhibits show the development of the little distillery which outgrew various locations during the second half of the century. See the map marked 3 on the lower shelf of the show case:

The site marked 1 on the map is the ”Moroccan Court,  today the Erzsébet Square, where the plant operated  between 1840 and 1849;

In 1849, the distillery moved to Two Saracens Street (today Paulay Ede Street) marked 2 where it was operational until 1880;

Between 1880 and 1892, the distillery was at number 19  Üllői út, marked 3, while finally in 1892 it occupied  its present site, here at 26 Soroksári Street, marked  4, as shown in  Adolf Tikáts’s watercolour on the top shelf of the show case, although the street number at that time was 92.  Today the technology has become state-of-the art, but the distillery building itself looks much the same as it did in those days.

Between the two show cases you can see the oldest Unicum bottle in our possession, marked  1. The bottle is more than 150 years old. It has never been opened; the quantity missing from the bottle having evaporated over the years.