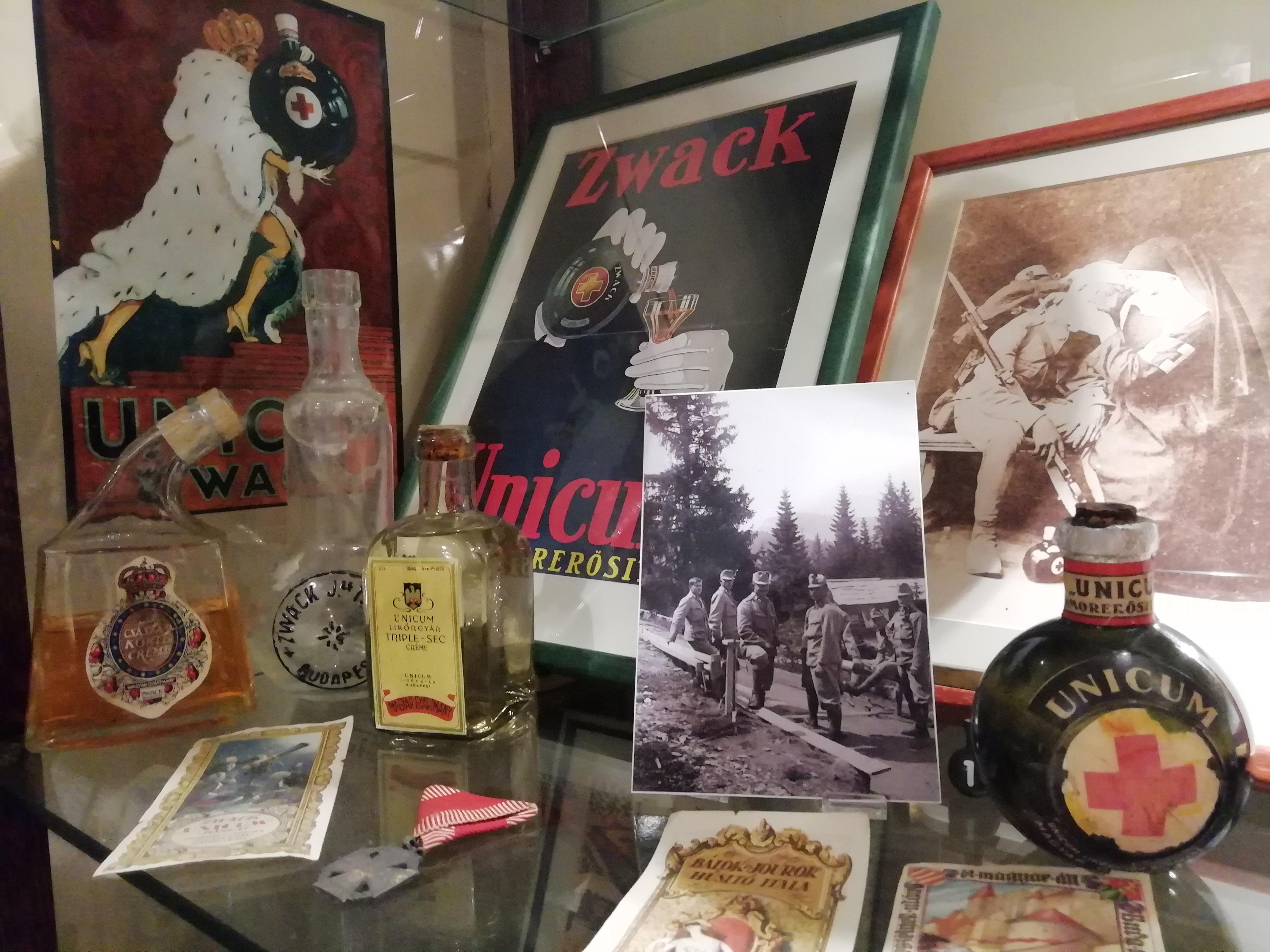 On the middle shelf of this show case,  marked 1 you can see a picture postcard from the First World War with an Unicum bottle  at the feet of an injured soldier who is being medicated by a nurse.
By the 1920’s the Zwack Company produced over two hundred kinds of liqueurs and spirits; you can see some of the distinctive bottles marked 2 distributed throughout the show case.

The programme for a cabaret of that time, in the centre of the lower shelf, goes to show that already in the 1920’s Zwack drinks were served to the audience during a performance.

An interesting item in the case is the ”alphabetic list of subscribers and public stations of telephone networks” from 1913 exhibited on the lower shelf,   which shows that the telephone number of Lajos Zwack’s house  in Kemenes utca was 36-33.